i just back from Vienna, Austria, a beutiful city yet so pricy, espesially for its entertaintments. therefore, i decided to blog some tips and trick that i got through our journey to Vienna.

1. transportation
I used eurolines (bus) to go to Vienna, it was less expensive than other transpotation, however, it took 20 hours to go to Vienna from Amsterdam and vice versa. i spent about 75 euro (book 2 months ahead) and that was promotion price. anywayy..... for transportation (especially from you who depart from Amsterdam) i suggest you to take... well, anything but bus!!!. Imagine this, you sit almost 20 hours with budapest babies surround you.

i really suggest you to take either plane (from german or france is much cheaper) or maybe train, and book about hmmmmmm 5 months ahead?? :D :D :D

for Vienna's transportation itself (bus,tram, metro), buy 72 hours ticket which you can travel the whole Vienna. it only cost about 13 euro. (in this point, they are much cheaper than Amsterdam).

One of vienna's symbol is their horse drawn wagon, which cost about 95 euro per hour. well, you dont want me to suggest you to take ride with this, tough? 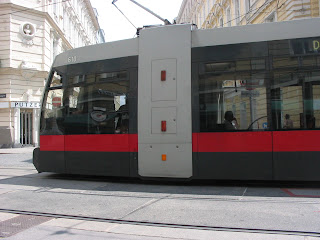 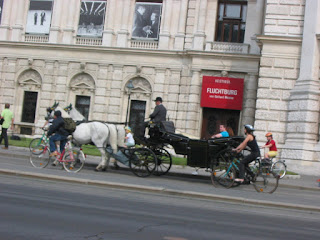 Have you ever heard sacher torte and or wiener schitzel? (Mas B suggested me to try this food because they originally from Vienna, as they claimed :p)
apparently, the famous sacher torte is quiet expensive. I went to one cafe in Vienna, and it cost about 3.3 euro and i also drink wiener melange (Vienna coffe) and it cost about 2.8. so, in total, i have to pay about 6 euro (which similiar with a lunch in BurgerKing :P).

For you low cost budget traveller, i suggest you not to try eat sacher torte in Hotel Sacher (their originnaly cake). but just buy a sacher torte in the supermarket of westbanhof stasiun, and you only cost 3.3 euro for 500 gram sacher torte. almost similiar taste compared to eat in a cafe :p 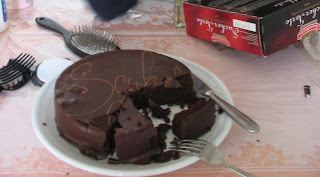